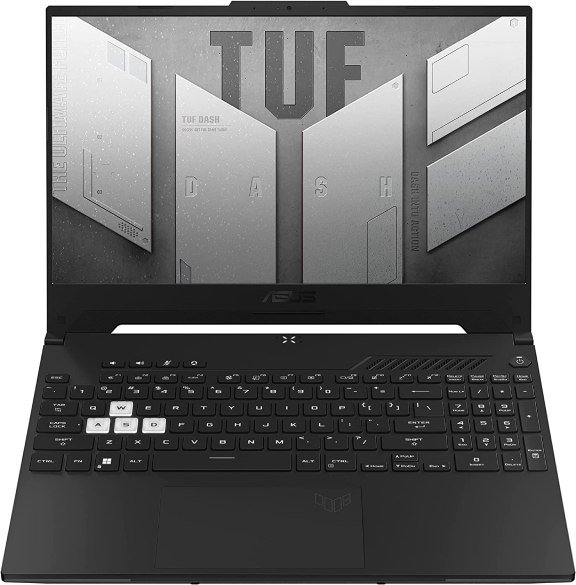 Have you been waiting for a “TUF” laptop with updated internals such as the latest i7 chip? We have good news because ASUS has updated its laptop series, including the TUF gaming laptop lineup. We are going to take a look closer at the new 2022 ASUS TUF Dash 15 FX517ZM-AS73 model with its newest Intel i7 (12th Gen) processor, and the RTX 3060 AMD’s GPU.

Can really the modern CPU & GPU combination run your games without issues? Let’s go into its details in our review below.

Performance – What can I expect?

Let’s start with the refreshed processor inside this FX517ZM-AS73, the Core i7-12650H. This chip was released this year (2022), and now it comes with 10 CPU Total Cores, and 16 Total Threads. As a result of the 10-Cores, this chip can perform faster in single-and multi-threaded tasks when compared to the previous generation, the Tiger-Lake generation CPU chip (11th Generation).

This Intel Core i7 chipset also packs a 3.50 GHz base clock speed and is capable to boost up to 4.70 GHz whenever necessary.

This simply means the combination between the CPU, RAM, and the processor of this laptop allows it to run various modern games at high settings, including Valorant, Cyberpunk 2077, Witcher, Warzone, etc.

And, for storage, this FX517ZM-AS73 model has the pre-installed 512GB SSD rather than 256GB, so gamers can take benefit from the fast storage drive while on the go. Then there is also the 4-cell Li-ion 76Wh battery that powers up your new laptop with its fast charging feature to help you to get 50% of your battery in half an hour. And since this machine was designed for gamers, the battery life isn’t as long as an Ultrabook. It is about 4-5 hours, despite the powerful GPU and CPU which are power-hungry.

Of course, if you do more office (document) work than gaming, then you can get a longer battery lifespan.

Your laptop’s battery life depends on your usage, many other configurations, and settings.

ASUS has designed the frames of the screen to be super narrow, so you can have more viewing space. The 15.6″ IPS screen has a refresh rate of 144Hz and Full-HD 1080p screen resolution. If you are looking for a 17-inch model, there is one but it has the GTX 1660 Ti GPU.

To take care of your eye health more, the screen is a non-glare panel, which provides more protection to your eye.

On top of that, it also supports Adaptive-Sync, which can greatly reduce lagging and stuttering while gaming because your screen’s refresh rate will synchronize itself with the laptop’s GPU’s frame rate.

The FX517ZM-AS73 2022 ASUS TUF Dash 15 12th Gen includes a chiclet-styled backlit keyboard, with highlighted WASD (hotkeys). The keys have a 1.7mm travel distance allowing you to have fast input speed, and fast key identification, these precision inputs are vital when we speak about gaming.

In addition, being a gamer machine for the road, the 30dB quiet keyboard helps to reduce noise whenever you are gaming on the go.

Other than the keyboard, it also comes with Dolby Atmos compatible 2-speakers, Wi-Fi 6, and Bluetooth version 5.2. For the connectivity, you’ll get a full-size HDMI port, an Ethernet port, and two USB-C ports!

These two USB-C are the ultra-versatile Thunderbolt 4, and 1x USB 3.2 Gen 2 Type-C that supports DisplayPort and power delivery. There are also 2x USB 3.2 Type-A ports, a 3.5mm Audio Jack, and a Kensington Lock. This TUF Dash 15 with the i7-12650H model has enough ports to support your other devices.

As a bonus, the FX517ZM-AS73 comes with the latest gaming feature, the MUX Switch. This new hardware allows you to switch the dedicated GPU to your screen directly. This will boost your laptop’s performance up to 10% and reduce the latency while being quite light with its 19.95mm chassis design.

Speaking about the design, ASUS refreshes the design to have a “Mecha-inspired” aluminum top cover with its well-known MIL-STD-810H US military standard construction. There is also a new TUF logo embossed on the top cover.

Compared to its predecessor, the 2022 TUF Dash 15 comes with better airflow, since it comes with the updated thermal design which involves 84-blade arc fans. While doing demanding PC workloads and gaming, these fans help your laptop to stay cooler by generating 13% better airflow.

This also means, your laptop performs quieter than its previous generation, generating less noise while gaming. More concentration on gaming, better chance to win your “battle”.

To summarize this review, we must say that not only does this ASUS TUF 3060 laptop look great with its metal chassis, but it is also a beast machine as well. With the new 12th Gen Intel i7-12650H CPU and RTX 3060 GPU, this machine delivers the performance for gaming and demanding PC work.

The 16GB memory out of the box, the military-grade design, 144Hz IPS display, and other specifications make this 2022 TUF Dash 15 FX517ZM-AS73 the best package you can probably find at this price point. 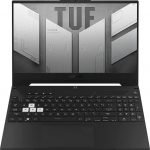 FX517ZM-AS73
Summary
The FX517ZM-AS73 2022 TUF Dash 15 has the CPU/GPU combination you have been waiting for. The 12th Generation of the i7 chip and RTX 3060 is a gaming and video projects killer. For the raw power it has, it is not easy to find a comparable value.
Value
10
Performance
10
Battery Life
9.7
Add Your Score6 Votes
10
Pros
New 12th Gen Intel i7 CPU
RTX 3060 GPU
144Hz IPS Screen
16GB RAM without upgrade
512GB SSD rather than 256GB
Backlit Keyboard
MUX Switch
Updated thermal system
Cons
No built-in webcam
9.9
Our Score
Product Images 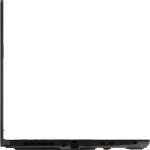 * Last Amazon price was updated on May 19, 2022 5:10 pm
We use cookies to ensure that we give you the best experience on our website. If you continue to use this site we will assume that you are OK with it.OKPrivacy Policy