MYDA2LL/A & Its Promises SEE IT 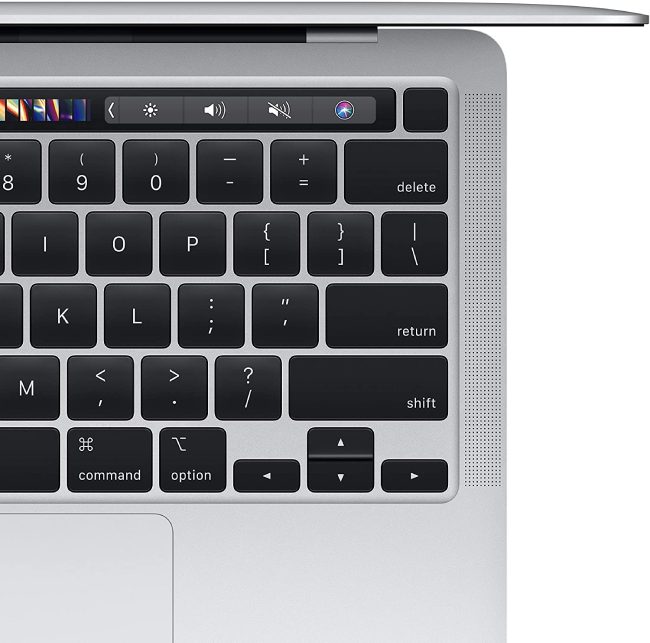 Tired of doing Operating System updates, scanning viruses, and getting loud fan noise out of your laptop? Introducing MYDA2LL/A, a silver 2020 13-inch Apple MacBook Pro with Apple M1 Chip and 256GB SSD Storage. An ideal laptop for designers with its Apple’s exclusive M1 processor chip that is energy efficient yet is 3.5x faster than its predecessor. Is it that fast and that quiet? Let’s find out in this review.

When it comes to the build quality of Apple laptops, only these words can describe it, it’s fantastic and legendary.

The unibody is still made from solid aluminum, the design is still minimalist, clean and so pleasing to look at. A little change with the keyboard and display, but that’s just how Macbooks are, the timeless style, and will last for a very long time.

Although it is made from aluminum, the laptop remains super thin, very lightweight and you’ll see the premium quality of it. I really love the design and form factor.

And what makes me more excited, the price of this M1-powered MBP, is actually much less than the previous model (when we wrote this article).

Enough with the looks and specs table, now we come to the point where we can discuss the M1 chip. Is the hype about this chip real? And how is the battery life? Well, let’s discover more.

This MYDA2LL/A comes with only 8GB of RAM, so you now may be skeptical how 8GB RAM would run your PC duties. The reality is, the 8GB of RAM of an M1 MacBook performs better than Windows laptops with the same amount of RAM or even MacBooks with Intel CPUs. This is because M1 MacBook RAM is integrated or unified within the M1 processor, and is optimized for the Mac OS and its apps, so they don’t need that much RAM. Hence you can’t find 13-inch M1 Macs with 32GB of RAM. Apple has once again shown that they can do more with less, unreal.

Yes. Basic games like LoL, WoW, Minecraft, or The Sims 2 will perform well with the M1 chip. Furthermore, it can play games that require a dedicated GPU in a gaming laptop, except the M1 chip won’t overheat and drain the battery after an hour.

The showpiece of the MYDA2LL/A M1 MacBook Pro 13-inch model isn’t simply its performance. The battery life was already robust with the previous generation, it even lasts longer now. So apparently Apple did not lie when they claim that the M1 MacBooks’ battery life will be the longest ever in a Mac.

While using your laptop to perform heavy PC tasks may reduce the life of the battery, you will still be able to get two full days of the battery’s lifecycle, on a single full charge. It is the kind of battery lifespan every laptop user could dream of. You can be on the go all day without being bothered to look for a power outlet to recharge.

MYDA2LL/A is MacBook Pro, and MGN63LL/A is a MacBook Air, both have a 13.3″ screen size. While they look identical, there are a few differences in terms of appearance and performance. The MYDA2LL MacBook Pro has an OLED touch bar above the keyboard instead of the function keys. The Air, however, is thinner and lighter. The MacBook Pro also has a fan which means more active cooling management for the CPU cores so it can preserve performance for a longer period.

The larger battery in the MacBook Pro should outlast the Air for identical workloads.

In short, if you need higher performance and the touch bar, the MYDA2LL MacBook Pro is the better choice, but if you need a lighter MacBook, then MGN63LL MacBook Air is the one.

The video below will give you an idea about the differences between the M1 MacBook Pro and M1 MacBook Air.

Apple delivers all the promises with incredible performance, an excellent battery lifecycle, and a stable operating system.

It’s everything anyone expects from a laptop. Everything just works, no viruses, no jet engine noises, awesome display, and the best-around battery life.

To conclude, if you want more “peace” in your life with your laptop, give this MYDA2LL/A 13-inch Apple MacBook Pro with M1 Chip a test drive, you will enjoy it very much. 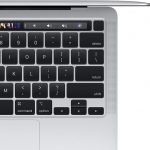 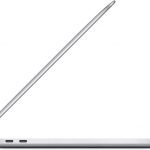 * Last Amazon price was updated on August 7, 2022 9:29 am
We use cookies to ensure that we give you the best experience on our website. If you continue to use this site we will assume that you are OK with it.OKPrivacy Policy